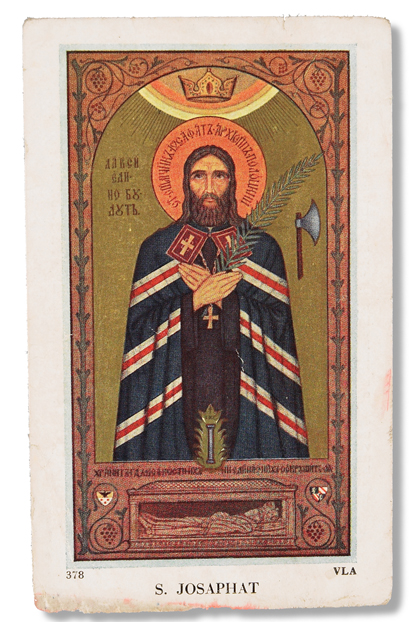 The first Eastern Orthodox saint recognized by the Vatican, Josaphat was intent on repairing the Great Schism, which divided the Eastern and Western churches. His virtuous example as a bishop in Belarus inspired many to reunite with the Roman Church. This became a political problem, and when rioting ensued, he traveled to Vitebsk to quell the violence. He was martyred by an angry mob who split his head open with an axe. When his uncorrupt body was recovered from the river, his enemies, ashamed of what they had done, had a complete change of heart on uniting the churches.