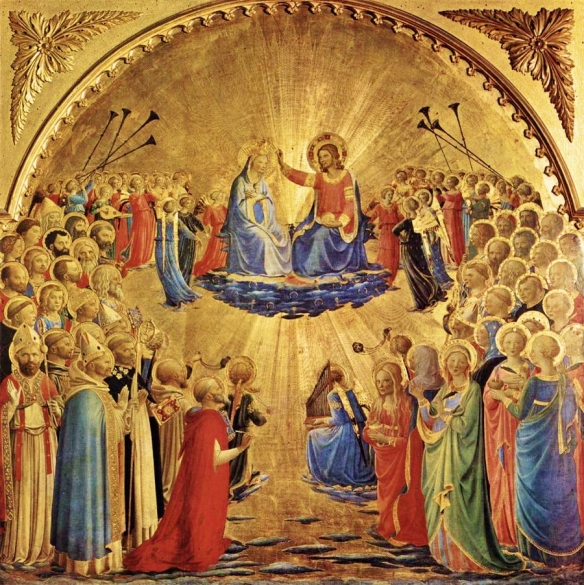 Mount Carmel, in what is today northern Israel, has always been a place rich in mystical tradition. The word hakkarmel means “the garden” in Hebrew, and true to its title, there is a remarkable profusion of plants and wildflowers on this mountain. It is considered a natural paradise and a sacred place, and in biblical times it was forbidden to disturb any of the natural life on it. Those who wanted to ascend the mountain for meditation lived in caves so as not to intrude on the landscape with unnatural structures. In about 860 b.c., the prophet Elijah (also known as Elias) arrived on this holy mountain to begin a life of contemplation and prayer. The First Book of Kings is filled with tales of wonders he performed and prophesies he gave. In his prophetic visions on Mount Carmel, Elijah became aware of the coming of the mother of the Messiah. He and his followers mystically dedicated themselves to her, setting an example as the first monks. The descendants of these ancient contemplatives were among the first to accept the teachings of Christ and to be baptized by His apostles. Upon meeting Mary after Christ’s Ascension, they were so overcome by her sanctity that they returned to the mountain to build a chapel in her honor. For the next thousand years Mount Carmel continued to be a place where hermits devoted themselves to prayer.

Since Mary’s life is a reflection of a perfect following of Jesus, she is our model of discipleship.