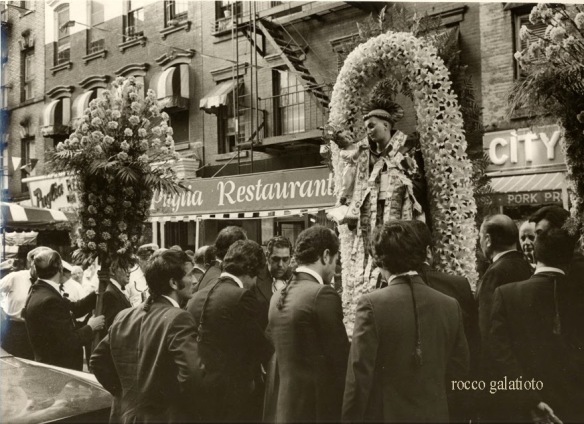 Always depicted with the baby Jesus, Saint Anthony of Padua is the most popular saint in the world. The unconditional love and kindness that are the essence of Saint Anthony’s nature are best represented by this story. While walking through his garden, an older relative heard the giggling and laughing of a baby. He looked up to see Anthony with the baby Jesus in his arms, happily carrying him and talking to him. The baby kissed Anthony and disappeared. In his novena, we beg Saint Anthony to whisper our request to the infant. Since babies are not judgmental, this incarnation of Christ will surely grant our petitions. Because of this special relationship, Saint Anthony is approachable by all, for large and small favors alike.

Born in Lisbon, Portugal, to noble parents, he was baptized Fernando. He took the name Anthony upon entering the Franciscan order. He intended to preach in Morocco and, if necessary die a martyr for his faith. Instead, after arriving there, he became very ill and was sent home. His ship was blown off course and he ended up in Messina, Sicily. He then attended the great meeting of all Franciscans, where he was very moved to be seated next to the order’s founder, Saint Francis of Assisi.

Saint Anthony was magnetic and charismatic. Sent by the Franciscans to be a traveling preacher around Lombardy and southern France, and with only prayer as preparation, he gave powerful speeches, overwhelming his audiences with his love for a more spiritual life. Saint Anthony was based in Padua, Italy, but he attracted huge crowds wherever he went. Many swore he radiated a holy aura.

Saint Anthony spent the last few years of his life working to help relieve the burden of debt from the poor of Padua. Saint Anthony’s Bread, devoted to feeding the hungry, is a charity that he started that is still in existence. After their novena prayers are answered, many people make donations to this organization in thanks.

Worn out by his travels, Saint Anthony died at the age of thirty—six. His reputation for compassion was so legendary, that even a few weeks after his death, when a child drowned in the river and his mother cried out to Saint Anthony in anguish, the child miraculously came back to life. Due to the many other miracles and answered prayers that followed his death, his consecration as a saint is the quickest on record, taking only one year.

Saint Anthony, credited with an extraordinary range of intercessionary powers and known as “The Wonder Worker”, is most famous as the saint of lost articles. After a novice borrowed his psalter and failed to return it, Saint Anthony prayed to get the book back. The novice then had a terrifying heavenly vision that forced him to return it. In 1263, when Saint Anthony’s tomb was reopened, it was found that his tongue had never decomposed. His tongue, jawbones, and vocal chords are on display in the cathedral at Padua. He is the patron saint of lost articles, the patron saint of the poor, and the patron saint of Portugal. Saint Anthony is usually depicted with the Infant Jesus, his returned psalter, and lilies to represent his purity.

Novena to Saint Anthony of Padua

O holy Saint Anthony, gentlest of saints, your love for God and charity for his creatures made you worthy, when on earth, to possess miraculous powers. Miracles waited on your word, which were ever ready to speak for those in trouble or anxiety. Encouraged by this thought, I implore of you to obtain for me(mention your request here). The answer to my prayer may require a miracle; even so, you are the saint of miracles. O gentle and loving Saint Anthony, whose heart was ever filled with human sympathy. whisper my petition into the ears of the sweet infant Jesus, who loved to be folded in your arms, and the gratitude of my heart will be ever yours.

Recite one Our Father, one Hail Mary and one Glory Be.

This novena can be said nine times in a row for nine days in a row.

It can also be said every Tuesday in church. Say this novena nine times in a row in front of a lit votive candle to Saint Anthony, for nine weeks in a row.