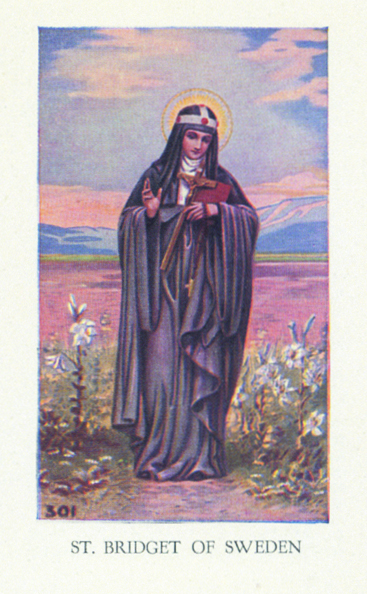 Saint Bridget of Sweden 1303–1373.
Feast Day: July 23.
Patron of: Healers.
The daughter of a nobleman, Bridget married a prince. She was widowed and left with eight children after 28 years of marriage. Living at the Swedish Royal Court, she began to experience visions and prophecies directing her to form her own holy order. She began the Bridgettines, a mixed order of monks and nuns. She is wearing the habit that she envisioned and carrying the book of her order. Lilies of purity surround her.