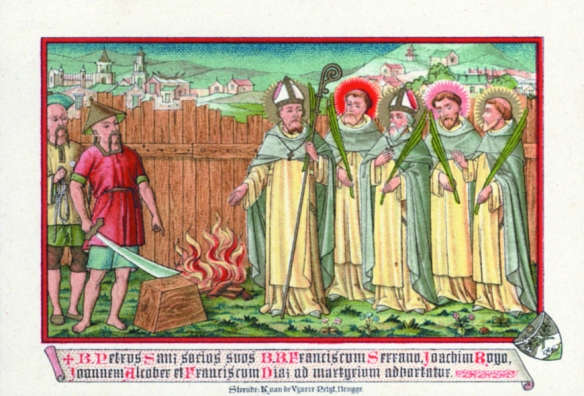 Blessed Peter Sanz and His Companions  1680–1747.
Feast Day: May 26.
Peter Sanz and his four companions were a group of Dominican missionaries credited with converting thousands of Chinese to Christianity. They were incarcerated by the governor of Peking. When they began converting their jailors and other prisoners, they were tortured by fire and executed on the chopping block.