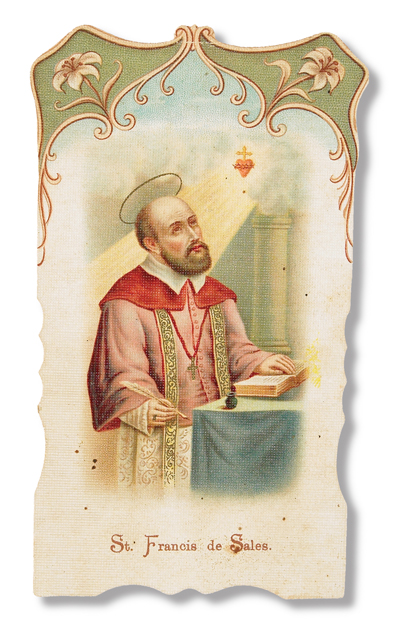 A priest with great influence on the laity, Francis wrote the most popular spiritual book of the seventeenth century, Introduction of the Devout Life. He is credited with inspiring a resurgence of faith in France and Switzerland. At a time when the deaf were considered mentally deficient, he developed a method of teaching the catechism to a deaf man by using his own set of symbols and sign language.