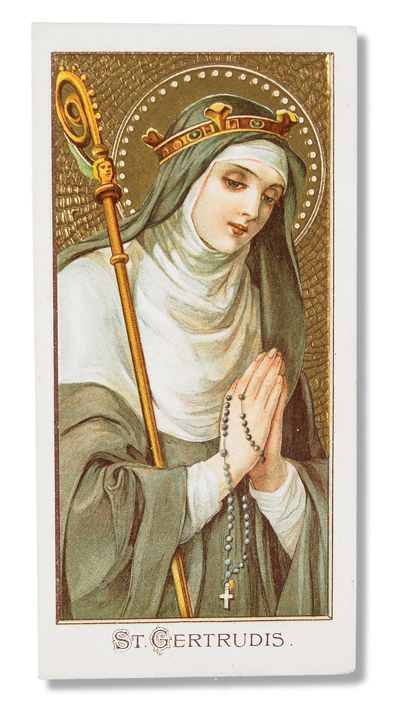 Placed in the Cistercian abbey at Helfta in Saxony at the age of five, Gertrude never left the convent. She had a phenomenal intellect and was a student of Saint Mechtild. At the age of twenty-five, she had a vision of Christ that changed the course of her life. She lost all interest in secular studies, concentrating instead on religious literature. Her own mystical writings influenced many future saints, and she was the first to meditate on the sacred heart of Jesus. Her name was entered into the canon of the mass in 1677, and the king of Spain had her named as patron of the West Indies.