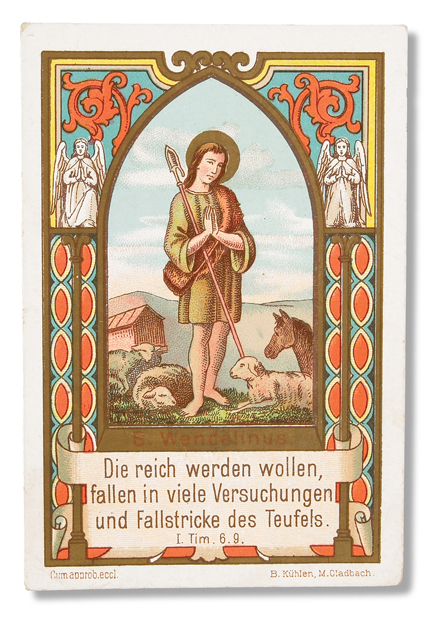 The pious son of a Scottish king, Wendelin made a pilgrimage to Rome, where he was advised to follow his heart. He toured religious sites in Europe and settled in Germany, where he tended sheep, which enabled him to pray most of the day. Eventually he founded a community of religious hermits that became the Benedictine Abbey of Thole.