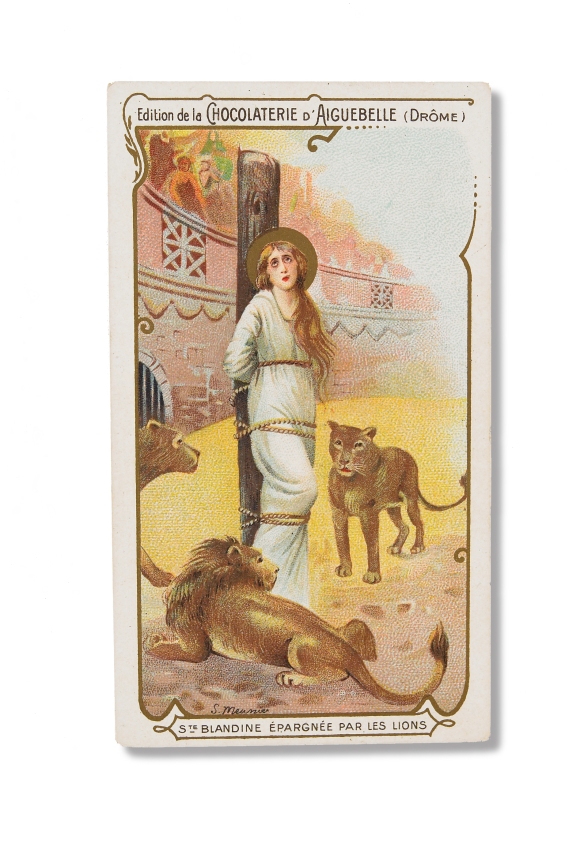 A slave girl converted by the Christian family she worked for, Blandina was imprisoned during a persecution in Lyons, France. Under torture, she refused to agree with charges accusing Christians of committing incest and cannibalism. Condemned to die in the arena, the lions and bears did not touch her as she comforted her dying compatriots. She was then tied in a net and gored to death by a wild bull, her body burned and her ashes thrown in the river.