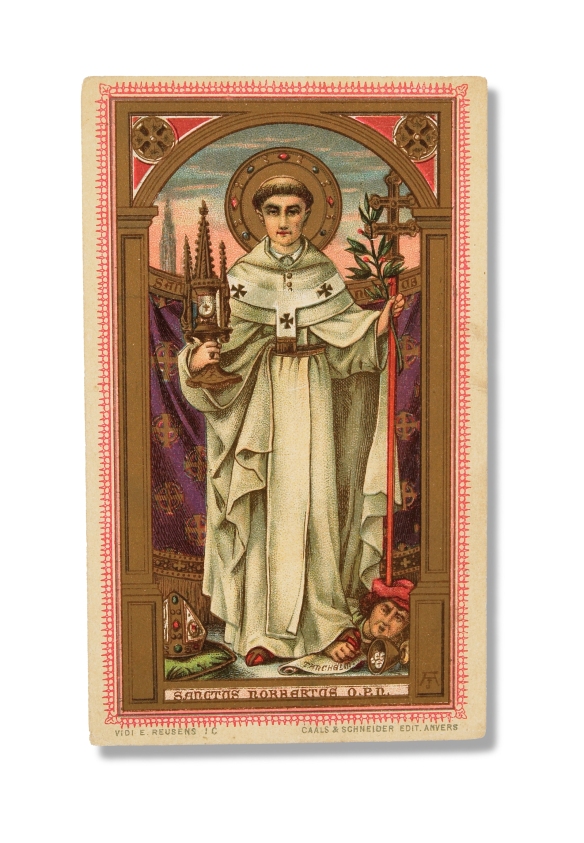 A German noble devoted to pleasure, Norbert took holy orders as a career move. When the horse he was riding was hit by lightning, Norbert awoke in a ditch a changed man. He became a traveling preacher, donated his wealth to the poor, and founded a movement of laypeople dedicated to reforming monasteries throughout Europe. He tried to settle a schism in the Church between Pope Innocent II and the antipope Anacletus.