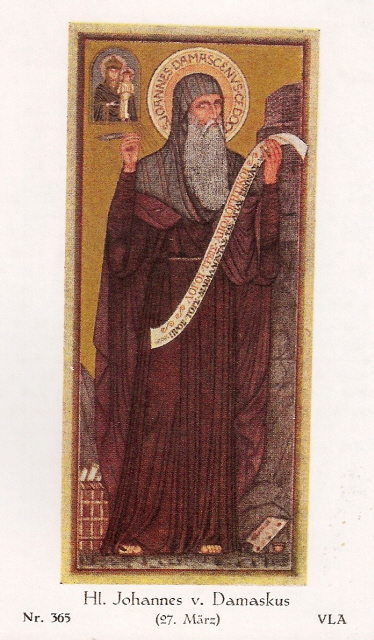 A Syrian Christian who was the chief financial officer for the Muslim Caliph, John was extremely well educated. When the Patriarch of Constantinople ordered the destruction of icons as graven images, John wrote the treatise In Defense of Icons. Thisbrought the common people into the debate. In revenge, the Patriarch made false charges against him to the Caliph, and John’s writing hand was cut off as punishment. He spent the night praying before an icon of the Virgin Mary, and it was miraculously reattached. Because of the wisdom of his writings he is one of the Doctors of the Church.