This young mystic saved the city of Paris from starvation after an invasion by the Franks. She was so respected by the conquering forces that she converted the king. She later repelled an invasion by Attila the Hun with the power of her prayer. When an unstoppable plague of fever killed many in the city in 1129, a parade of her relics through the streets was credited with ending it. 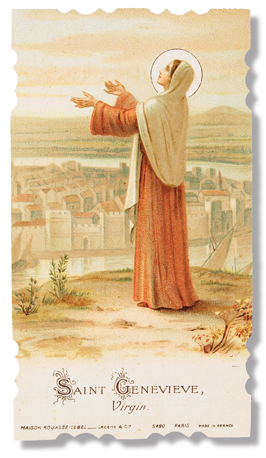 Invoked: against plague, leprosy; for an end
to excessive rain, the
healing of kings